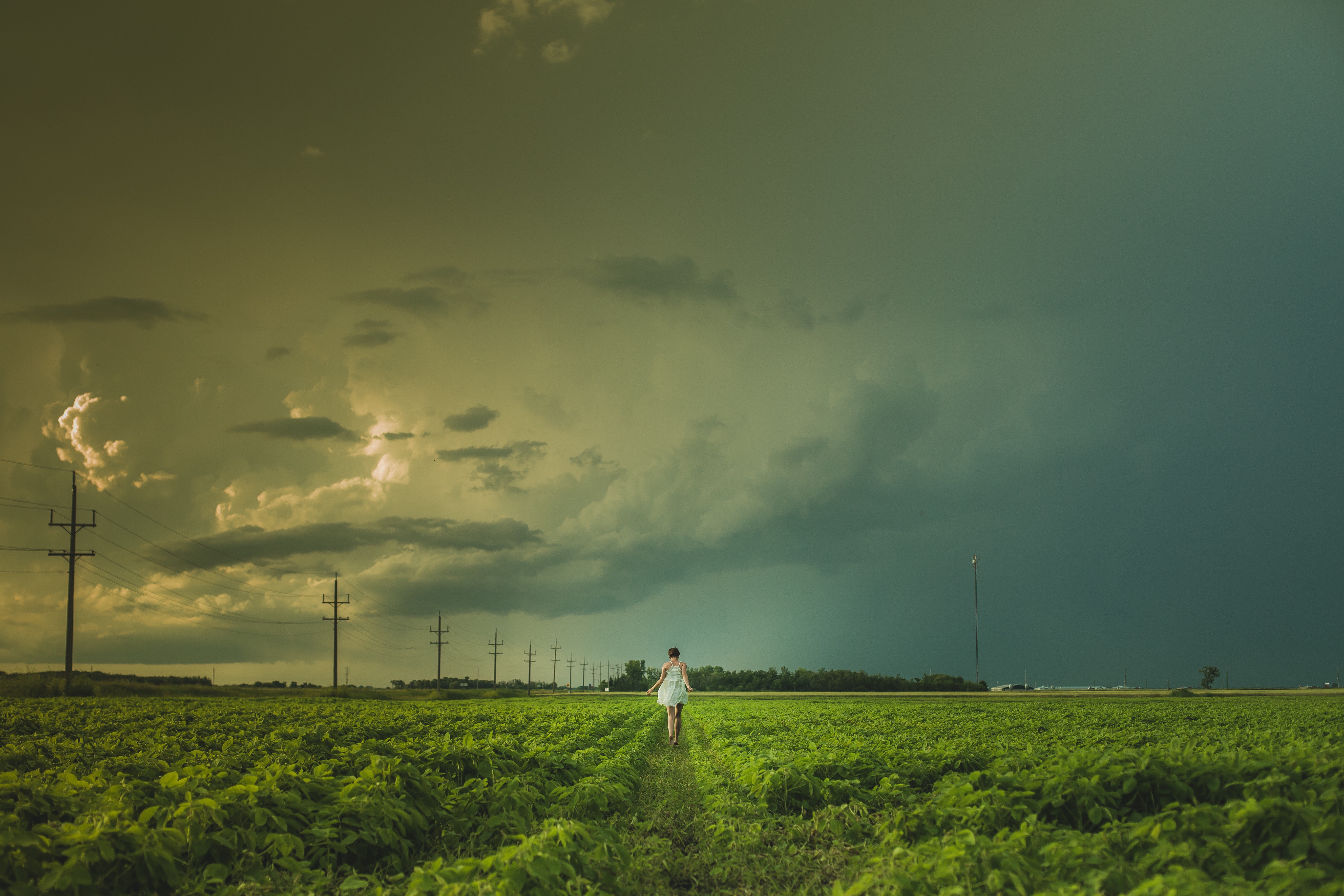 The Flower Power revolution of the sixties gave birth to a wave of free love, radical music and vegetarianism. Yet we soon realized lentils and rice didn’t quite make the cut for a balanced diet. The need for more plant proteins opened a door of opportunity and the soya industry walked right in. Today soya is the world’s foremost provider of vegetable protein and oil. Yet many are questioning if this well marketed product is really suitable for human consumption.

Even though we are all familiar with soya as common source of nutrition it’s main purpose is actually for livestock feed and industrial use. In 1913 the US Department of Agriculture (USDA) registered soybeans as an industrial product. Soya had its first big break during WWII when it was used to produce much needed oils, lubricants and plastics. After the war meat consumption boomed increasing the demand for animal feed and soya meal came to the rescue. Only later did the agricultural industry discover soya byproducts could be used in human food, cosmetics and even health supplements. Today soya production has hit an all time high, using 83.1 million acres of American farmland. 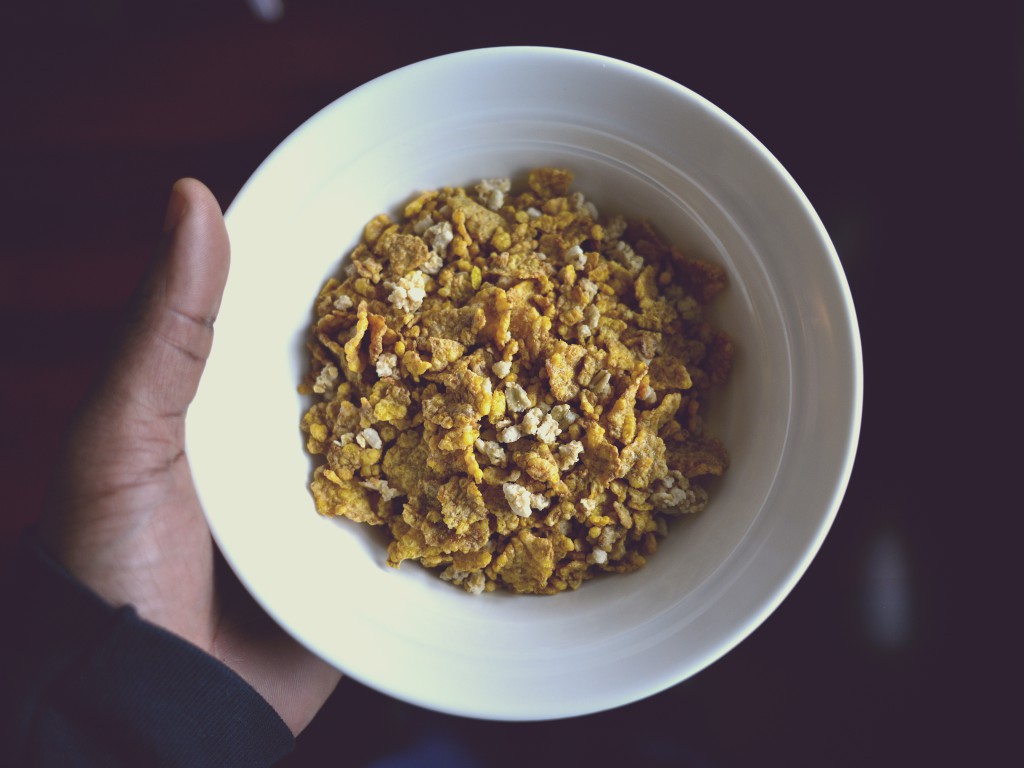 Up until the 1940’s North America had been importing 40% of its edible fats, including coconut oil from the Polynesian Islands. The development of hydrogenated oils soon revolutionized the fast food industry and imported oils were quickly banned. Unlike fresh food, margarine, cakes, biscuits, salad dressing and mayonnaise now had an extended shelf life. This enabled the mass production of delicious ‘healthy’ goodies. Later lecithin was extracted from soya beans, making a useful emulsifying agent for dairy products, instant foods, cosmetics and industrial coatings. Today soya lecithin and soya based anti-oxidants such as vitamin E oil are found in most health shops.

Today vegetarians have a decadent array of soya burgers, sausages, polony and many other meat substitutes thanks to the development of textured vegetable protein (TVP). Soya meal, the primary food for livestock in the States, is considered a premium protein product. As the demand for cheap protein increased, manufacturers quickly developed a way to transform soya meal into soya flour, soya concentrate, soya isolate, soya milk and TVP. These products have been used as meat and dairy fillers in many fast foods since 1959. In fact soya is so popular you will find it in just about every cereal product, processed food and meat product on the market.

The soya industry commonly uses the Asian consumption of soya as a major marketing ploy for soya foods and supplements. Yet there is little similarity between traditional Asian foods and western soya products. In Asia after lengthy fermentation processes soya was prepared into traditional foods such as tofu, soya sauce, tempe, natto and miso, which were originally developed for the underprivileged during times of food shortage. Today, people in Asia consume less than 5g of soya a day, a fraction of the amount consumed by the average westerner. Dr. Kaayla Daniel, author of ‘The Whole Soy Story’ said, “The truth is soy is traditionally used as a condiment not as a staple food and in many parts of Asia it is not eaten at all.” 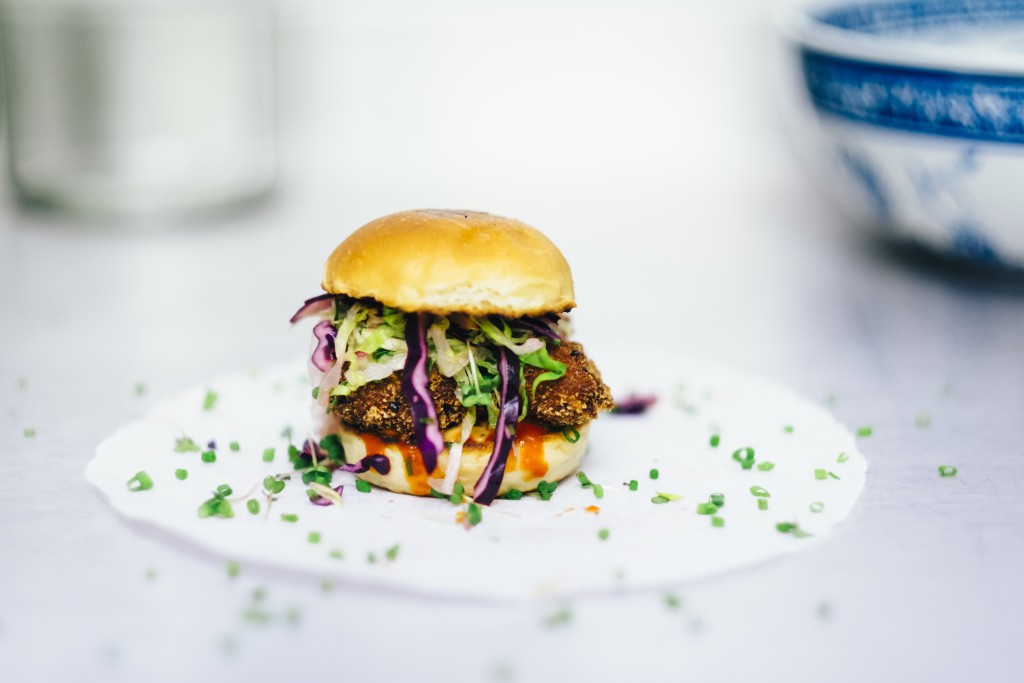 Back in 1966 research discovered soya beans contains several naturally occurring compounds that are toxic to humans. These substances are usually called anti-nutrients, which implies they prevent the body from absorbing nutrients from the food. The Chinese did not eat soybeans until the discovery of fermentation techniques, some time during the Chou Dynasty. Asian’s new the beans contained toxic substances that could not be deactivated through cooking. These anti-nutrients are known to produce gastric distress, reduced protein digestion and create chronic amino acid and mineral deficiencies.

The first culprits are trypsin inhibitors, which block the enzymes needed for protein digestion. Dr. Daniel explains, “Because the protein cysteine is not bioavailable the body ends up producing more homocysteine. High homocysteine levels put us at greater risk for heart disease, premature aging, cancer and other health problems.” In test animals, diets high in trypsin inhibitors cause enlargement and pathological conditions of the pancreas, including cancer.

Soybeans also contain haemagglutinin, a clot-promoting substance that causes red blood cells to clump together. These clustered blood cells are unable to properly absorb oxygen for distribution to the body’s tissues, and cannot help in maintaining good cardiac health. Trypsin inhibitors and haemagglutinin are also growth inhibitors. Soya also contains strong goitrogens, natural substances that depress thyroid function. The last anti-nutrient is phytic acid, a substance known to block the uptake of essential minerals – calcium, magnesium, copper, iron and especially zinc. Phytates are known to impede your cells, organs and bones. Phytate levels are only reduced after a long period of fermentation and traditionally tofu is eaten with meat or fish to reduce the phytate effect even further.

Today soya formula is a favorite option for babies that are lactose intolerant and not breastfed. Even though babies do gain weight when eating soya formula, they are also gaining an extremely high dosage of estrogen from soya isoflavones. Back in 1998 investigators that wrote the article ‘Phytoestrogens in soy-based infant foods’ reported that an infants daily consumption of isoflavones from soya formula is six to eleven times higher than an adults would take in through food. Reserchers conclude, “Babies on soy formula receive the estrogenic equivalent of at least 5 birth control pills per day.”

“More and more babies are being fed soy formula during a key developmental stage. In the first month of life baby boys experience a testosterone surge, which reaches the same level as an adult man. This helps program a baby boy for his later puberty onset to become a man,” explains Daniel, “In the last 30 years are seeing paediatricians reporting higher numbers of boys whose physical maturation is either delayed and in the worse cases not happening at all, and girls are experiencing an escalation of premature puberty including breast development or pubic hair, before the age of three.” Learning disabilities and behavioural disorders, especially in male children, have reached epidemic proportions. Infant soya formula feeding, which began in the early 1970s is suspected to play a role.

As early as 1986 the Journal of the American College of Nutrition published a study showing an elevated level of type 2 diabetes in soya formula fed children. Twice as many diabetic children received formula with soya in infancy compared to breastfed children. The study also found the incidence of positive thyroid antibodies was two and one half times higher in formula-fed diabetic children than in breast-fed ones. Later in 1990 researchers at Cornell University Medical College showed children fed soya formula were more likely to develop autoimmune disease, especially of the thyroid. In the 1980’s Canadian researcher Dr. Fraser Scott published studies that led the American Academy of Pediatrics to issue a warning against the use of soya formulas. Many soya fed infants express symptoms of irritability, colic, poor growth and abnormal stools. This has now been labeled Milk Soy Protein Intolerance (MSPI). These babies have an increased amount of eosinophilic cells, as well as eroded intestinal villi and hemorrhagic tissue in the gut.

It is because of these problems the Israeli Heath Ministry, the French Food Agency and the German Institute of Risk Assessment have said very clearly we should not be using soy formula accept as a last resort. 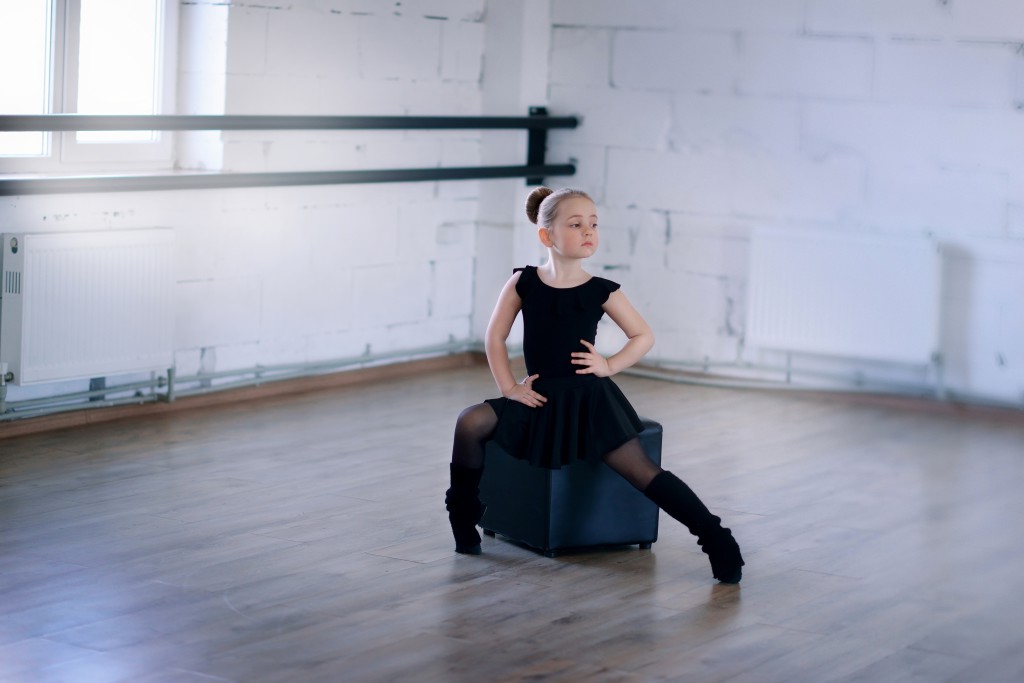 Precocious puberty is the name given to children that show signs of puberty younger than nine years old. “We are hearing about estrogen dominant boys who have breasts, underdeveloped gonads, undescended testicles and steroid insufficiency. And when these boys are later trying to father children we are finding poor quality of sperm and lower quantity of sperm,” expresses Dr. Daniel, “For girls that are over-estrogenized, it could lead to premature breast development, premature puberty, fertility problems later on, menstrual problems and increased risk of breast cancer. By age eight 14.7% of Caucasian girls and 48% of African American girls are going through puberty. This was certainly not the case in the 1960’s. The variation in statistics could be because African American and Native American babies are more likely to be given soy formula because of presumed lactose intolerance. “

Young boys are undergoing the emotional distress of delayed development and young girls with mature bodies must cope with feelings and urges that children are not equipped to handle. Research published in the Journal of Obstetric, Gynecological and Neonatal Nursing June 2007, noted that soy formula could have a role in early onset of puberty, which also places the girl at higher risk of developing reproductive problems, infertility and breast cancer in later years.

For the last twenty years health care practitioners have been questioning the influence of soya on our hormonal health. Breast cancer for example is influenced by genetics, but over 70% of the women that are diagnosed have noninherited or sporadic breast cancer. Dr. Daniel adds, “In fact the Israeli’s, French and Germans have all been warned to exercise caution when eating soy if a woman has breast cancer or has a family history of breast cancer.”

Along with environmental toxins and stress, soya appears to be one of the gloomy culprits involved with the onset of endocrine disorders. New studies are finding soya has a role in rising levels of uterine disorders such as fibroids and endometriosis, both of which can be a painful and often debilitating presence. Endometriosis also has a role to play in infertility. More and more couples are struggling with infertility and even though soya has been promoted as having positive effects on fertility, long term studies show that this is not the case. Consistently high doses of isoflavones in fact disrupt the reproductive hormonal cycle and can result in halted ovulation. As for the men, high intake of soy foods and isoflavone consumption has clearly been linked to low sperm concentration. Dr. Daniel shared, “It only took two servings of soy a week to have a dramatic impact on sperm count.”

Diminshed libido is not an experience most men would ask for, but soy is extremely popular in the Zen monasteries’, where monks havenoticed that increased tofu calms any naughty behaviour. Plus Japanese wives are known for giving an extra helping of soy to unfaithful to husbands. 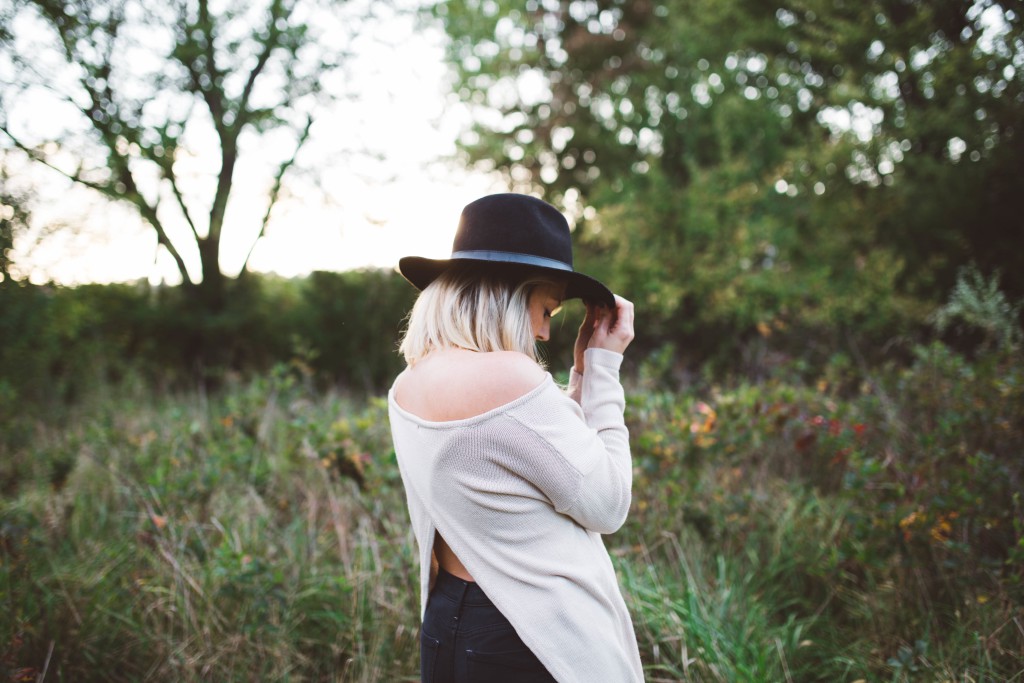 Soya has been promised to menopausal women as the natural miracle solution to hot flushes and many other symtpoms, yet according to studies this is not the case. “Menopause for women. The soy industry has promised that soy is the solution to menopause. Yet all the soy studies are of short duration, not allowing for the long-term effects. The biggest side effect is thyroid problems.” Dr. Daniel. For many women using isoflavones during menopause it is common to experience weight gain, insomnia and most of all supressed thyroid function. Along with breast cancer risks, it seems as though soya isoflavones are not supportive of reproductive hormone health.

Along with the impact of anti-nutrients and isoflavones, over 80% of the global production of soya is currently genetically modified (GMO). The active ingredient in GM farming, glyphosate, has now been found to amplify the negative estrogenic effects of soya. All in all it’s best not to make soya part of your staple diet. If you are going to partake in soya foods it makes sense to follow the original Asian way of eating soya; fermented, organic and in low doses. 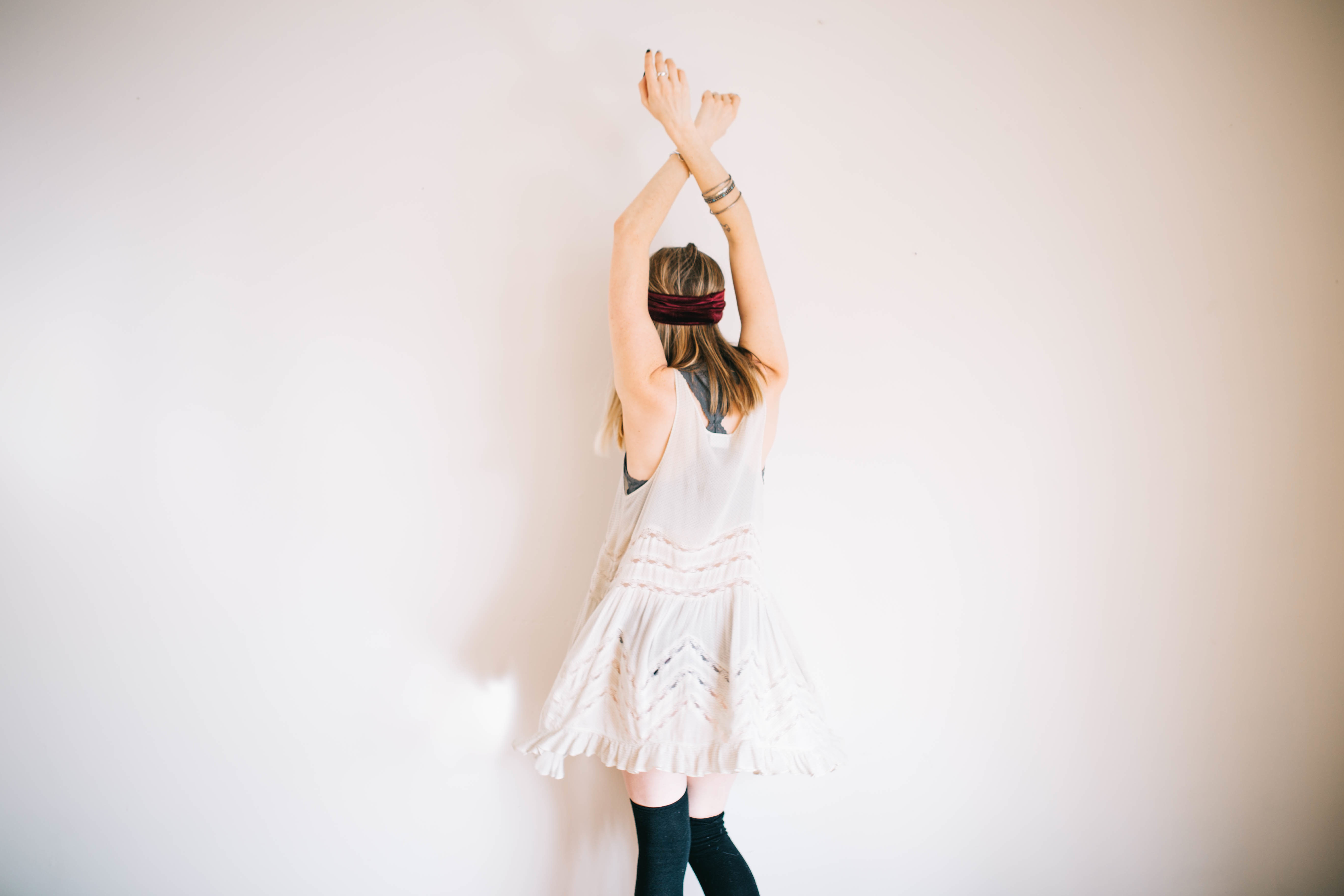 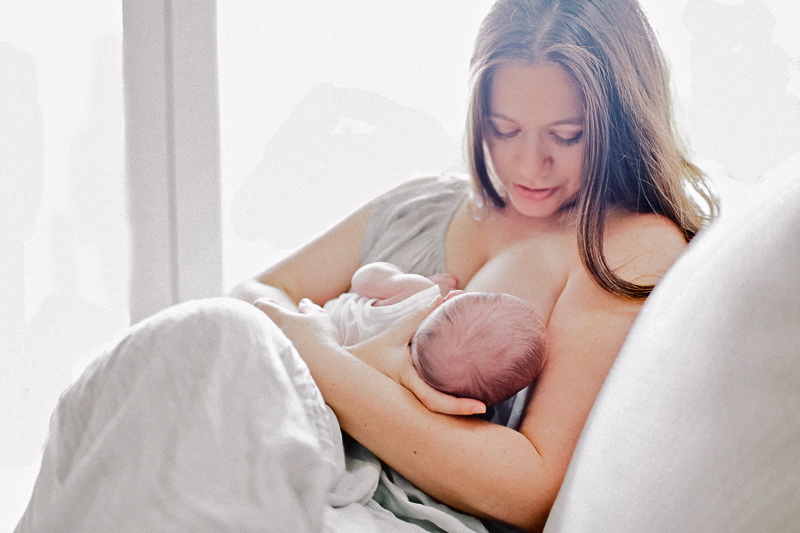 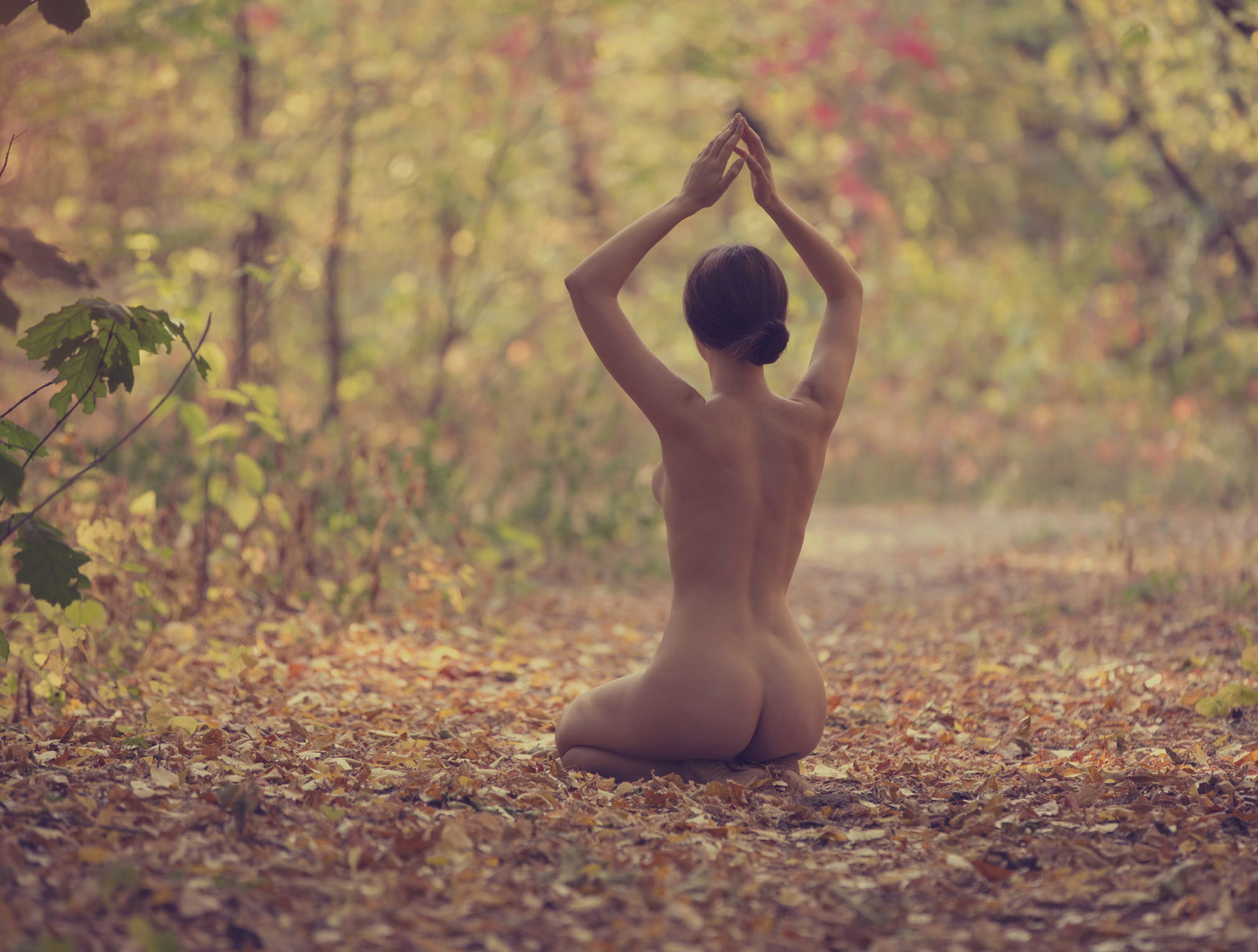 I Trust My Body